Hereford resident Vicki Gilbert had a dream - to bring authentic Italian dining smack in the middle of nowhere.

While Pizzeria Mimosa specializes in Neapolitan pizza - made with imported Italian flour and plum tomatoes and cooked for 90 seconds in an 800-degree oven, again imported from Italy - it also serves other Italian specialties like pasta and panini. The eatery sports a little gift shop, which sells Queen Creek olive oil, Italian wines and even 55-pound bags of double-zero Italian flour. 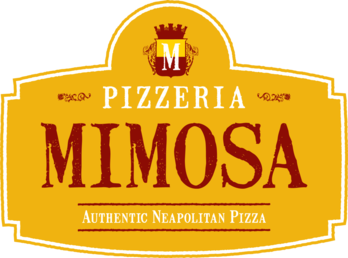 Check out the latest "BUZZ" in the air...

Travel to Naples and Tuscany without getting on a plane

HEREFORD — When venturing into Pizzeria Mimosa, the area’s newest Italian restaurant, be prepared for a true Italian culinary experience.
With its contemporary Neapolitan menu, wood fired pizzas, Enotecca of specialty wines and spectacular mountain views, Pizzeria Mimosa promises to be Southeastern Arizona’s newest destination eatery. Located in Hereford off Highway 92, the restaurant’s purely Italian-inspired menu features an assortment of enticing dishes from all over Italy, specifically selected by Vicki Gilbert, owner and restaurateur.
“Opening this restaurant represents a personal milestone for me, a true passion,” said Gilbert, who surprised the community with the announcement she would be leaving a 17-year career as owner of an insurance agency in Sierra Vista to pursue her passion for Italian food. “I love Italy and everything about Italy,” said Gilbert. “My family is from Italy and some of the pizzas on the menu are named after my Italian ancestors.” Gilbert wrote the restaurant’s entire menu and personally selected each item.
“These are all my recipes,” she noted. “I’ve been studying Italian food for more than 25 years and have over 100 Italian cookbooks.”
Vicki’s husband, Wendell Gilbert, who also is an owner, is “very supportive,” of his wife’s new endeavor, Vicki said.
The restaurant broke ground on Jan. 31, 2011, and nearly a year later, on Dec. 29, opened its doors. In the early stages of its construction, the structure had a close brush with the Monument Fire, but escaped being destroyed. Later in the summer, Gilbert spotted the charred stake that marked the restaurant’s property line, which is framed and showcased near the entrance of Pizzeria Mimosa.
“We were very, very lucky that we didn’t lose this place when the Monument Fire came through here,” said Gilbert, who also commented about a neighboring Mexican restaurant — Ricardo’s — that was not as fortunate. “I love Ricardo’s and ate there all the time. I’m so excited they’re rebuilding and can’t wait until they open,” she said.
Along with pizzas named after some of Gilbert’s Italian relatives, there’s the Monumento, a hot and spicy pizza named for the fire that caused so much destruction during the summer of 2011.
Pizzeria Mimosa’s high ceilings emulate architectural designs found in Tuscany, one of Gilbert’s favorite regions. Replicas of Italian maps from the 1560s adorn one wall, while a much larger, Stanford map of Italy from 1856 is showcased over the bar.
The restaurant’s open design and exhibition kitchen allow guests to view the chef and staff as they hand-toss pizzas, work out of the wood-burning oven and prepare entrees. The warm earth tones and soothing décor complement views of the Huachuca Mountains, with grazing horses and cattle in the foreground.
The restaurant’s 5,500 pound wood-burning oven comes with its own story. The oven reaches 800 degrees, holds four pizzas at a time and is capable of cooking a pizza in two minutes. The oven, hand-made in Naples by a third-generation oven maker, is covered with tomato-red tiles. Its round, robust features remind Gilbert of a fat, ripe tomato. The oven was shipped from Naples, traveled over the Atlantic Ocean, through the Panama Canal, over the Pacific Ocean and was unloaded in Long Beach, Calif., before reaching its final destination in Hereford.
“It took two fork lifts and a Gradall to unload and install it and we had to remove a wall,” recalls Gilbert, who has photos of the oven’s arrival posted on the restaurant’s website.
Gilbert says her goal is to introduce the area to the world of authentic Italian dining, in its truest tradition. “A lot of the ingredients that we use are imported from Italy and all the menu items are made fresh, clear down to the Italian dressings that we use on the salads,” said Gilbert.
“We use imported, cured prosciutto and prosciutto cotto. Our olives are imported and our flour is from Naples.” The tomatoes, also from Naples, are grown on the slopes of Mt. Vesuvius and all the cheeses are imported, Gilbert said.
“No Wisconsin cheese here,” she said. The olive oil, however, is a little more local, from Queencreek, Ariz.
Gilbert has created a contemporary Neapolitan menu, while remaining true to the Old World cooking style of 1800s Italy. “We adhere to the standards set by 200-year-old Neapolitan pizza making practices,” she said. “Nothing we use is processed. This is a ‘slow food’ restaurant and we are part of the ‘slow food’ movement,” she said.
The dolci, or dessert menu includes a wonderful selection of freshly prepared desserts, to include such Italian favorites as Panna Cotta (cooked cream vanilla bean fresh berries), Tiramisu, Spumoni, Gleato, Pizza Nutella and Cannoli alla Siciliana, which translates to ricotta, chocolate chip, candied orange and pistachio.
“I specifically chose this property because of the beautiful view and the mountains. I hope to attract some of the mountain bikers and hikers, as well locals and people traveling through the area,” Gilbert said. “We have two outdoor patios, for that al fresco dining experience, which are especially popular during our happy hour. We have wonderful, repeat customers.”
Plans for expansion are already in the works, said Gilbert.